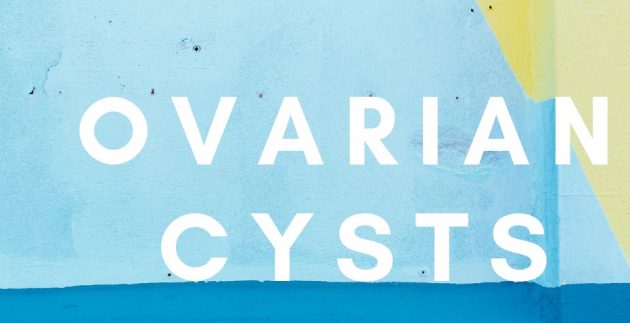 All About Ovarian Cysts

Ovarian cysts are fluid-filled cysts commonly seen within ovaries. The cysts can vary in size and range from a few millimetres to tens of centimetres. They are very common and probably most women have them at some stage of their life.

There are three common types of ovarian cysts:

Functional ovarian cysts: These cysts are also known as follicular cysts and are common in young women. Function of ovaries is to produce eggs every month and it is not uncommon for these eggs to be retained and enlarge in size. These cysts are often self-limiting and can be monitored. Usually, these cysts will resolve spontaneously without any treatment.

Benign ovarian cysts: These cysts are not cancerous but do not resolve spontaneously. Tumour marker (CA125) levels are often normal and surgery can be performed as a key-hole (laparoscopic) procedure. Dermoid cyst or Chocolate cysts (Endometriosis) are common benign ovarian cysts.

Malignant ovarian cysts (ovarian cancer): These cysts are often seen in older women and the tumour marker (CA125) level may be raised. Even though ovarian cancer may be suspected on tests, it is confirmed after removal and histological analysis. Treatment is often (but not always) by open surgery. In some cases of advanced ovarian cancer, further treatment may be required after surgery in the form of chemotherapy.

Many ovarian cysts are asymptomatic but some may produce symptoms such as abdominal pain, fullness of abdomen, lump and occasionally sharp pain. Sharp pain that comes on acutely can be a sign of complications such as torsion, bleeding or rupture. Cancerous ovarian cysts in early stages may not produce any symptoms at all or the symptoms may be vague or appear unrelated. In addition to above symptoms, abdominal distension, indigestion, dyspepsia or altered bowel habits may be associated with malignant ovarian cysts. New onset of pelvic pain after the age of 50 is also a significant symptom. These symptoms often imitate irritable bowel syndrome (IBS) and you should see your GP urgently if you are older than 50 and have these symptoms.

What tests may be needed to make a diagnosis?

An ultrasound scan (vaginal or abdominal) is used to make a diagnosis. An MRI scan may be advised to obtain further information about the nature of an ovarian cyst. CA125 blood test (also known as the tumour marker test) may be performed. This test is often raised in cancerous cysts but may also be raised in other benign conditions such as endometriosis, fibroids, infection, during monthly periods and after surgery.

How is an ovarian cyst generally treated?

Not all ovarian cysts need removal. Functional (follicular) cysts often will resolve spontaneously. Surgery may be needed if the cysts are persistent or if there are symptoms. If there is a suspicion of cancer, urgent surgery is indicated to make a diagnosis and also as treatment.

Most of the ovarian cysts can be removed as a key-hole (laparoscopic) procedure. Three or four small (5-10mm) incisions are made on the tummy wall. Camera and special surgical instruments are then inserted to remove the cyst and healthy ovarian tissue is conserved. The cyst is then put in a plastic bag, decompressed and removed without spilling anything inside the tummy. Key-hole surgery avoids the need for a big incision and has the advantage of reduced hospital stay and quick recovery and return to normal life.

The ovary containing the cyst does not need to be removed unless the cyst is suspected to be cancerous or too large.

Are some women more susceptible?

We don’t know exactly why but some women appear to have a tendency to develop recurrent ovarian cysts, often simple or functional cysts. It may not be always possible to prevent these ovarian cysts, but going on the contraceptive pill can help by preventing development of an ovarian follicle and cysts. We know that some genetic conditions such as presence of BRCA1&2 and family history can increase the risk of ovarian cancer. Screening with ultrasound scan and CA125 can help with early detection in these women with increased risk.

A large ovarian cyst can stop that ovary from functioning properly. Some ovarian cysts are caused by endometriosis which can be associated with reduced chance of getting pregnant. Most of the times however an ovarian cyst will not interefere with chance of ovulation and fertility. 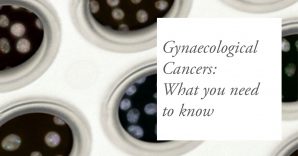 Gynaecological Cancers: What you need to know